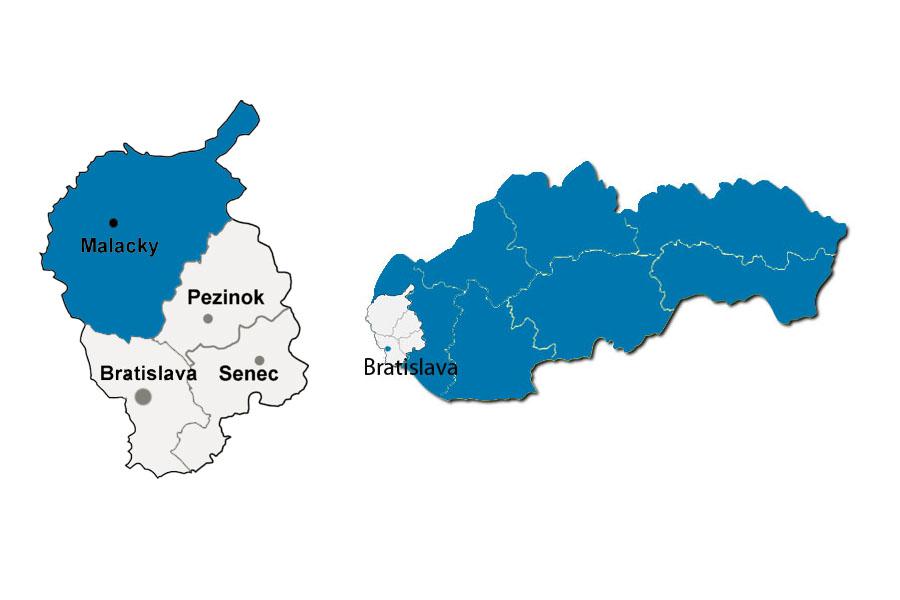 Extensive pine woods, meadows rich in flowers, sand dunes, natural lakes with sandy shores, and river terraces formed over the ages by the Morava make up the varied relief of the Záhorie region. The first protected lowland in Slovakia is to be found in this region. Over the centuries, the vast Záhorská lowland with its sandy soil has provided a fertile substrate for the unique local vegetables. The agricultural tradition of the area comes to life at the annual festival of cabbage and tasty vegetables “Cabbage Days” in Stupava. Veľké Leváre has become a new centre for asparagus-growing. The picturesque landscape is criss-crossed with cycle-paths and tourist paths along the Morava basin, up to the ruins of Plavecký and Pajštún castles. The Záhorská lowland is a paradise for fishermen, mushroom-pickers, horse-riding and the forests of the Small Carpathians for hunters. Today’s Záhorie is also home to an industrial–technological park and the car industry.